The Legend of Tintagel

Tintagel House in central Nelson is named after a previous owners connection to the hamlet of Trevena, once part of the parish of Tintagel. 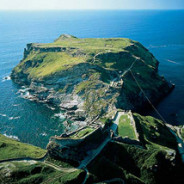 Pronounced Tin-ta-jel, even the name of this Cornish town sounds mythical and magical, as if casting a spell.  In legend, Tintagel is where King Arthur was born. It is said that King Arthur was found as a baby by the wizard Merlin on the beach of Tintagel.

Today, fifteen centuries later, the town still earns its living from the King Arthur connection – King Arthur Cafes, Celtic bookshops and the King Arthur’s Arms Hotel line the streets leading up to the soft hills and ruined castle ahead. 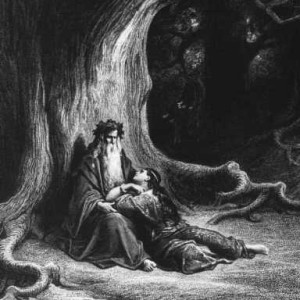 Covered in wooly grass with paths that seem to dip and then rise into the sky, only the rocky cliffs teetering three hundred miles high over the Atlantic Ocean end the mile and a half of massive crags and wooden steps and tiny brooks. 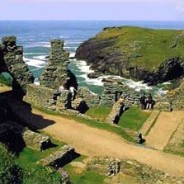 Up high on these rocks are the remains of Tintagel Castle, built in the 12th century as the Earl of Cornwall’s stronghold. But before this time, perhaps, in an older, now eroded castle, King Arthur was born.

The Legend of King Arthur – fact or fiction?

King Arthur and the Knights of the Round Table never existed in real life. They’re purely figures of legend. There might have been someone called Arturus (or Riothamus) in Britain’s distant past, but if there was, he was probably a Romano-British leader or military general campaigning against the marauding Saxon hordes in the 5th century AD.

In that period of history, however, there was no such thing as knights-in-armour – horsemen didn’t even use stirrups until much later, so they couldn’t have worn and fought in armour.

There are several theories about the location of the ‘original’ court of Camelot, and although research continues, these are irrelevances: King Arthur and his knights will always be figures of fantasy, and Arthurian legend should be appreciated for what it is: a large and unique body of wonderful early European literature.